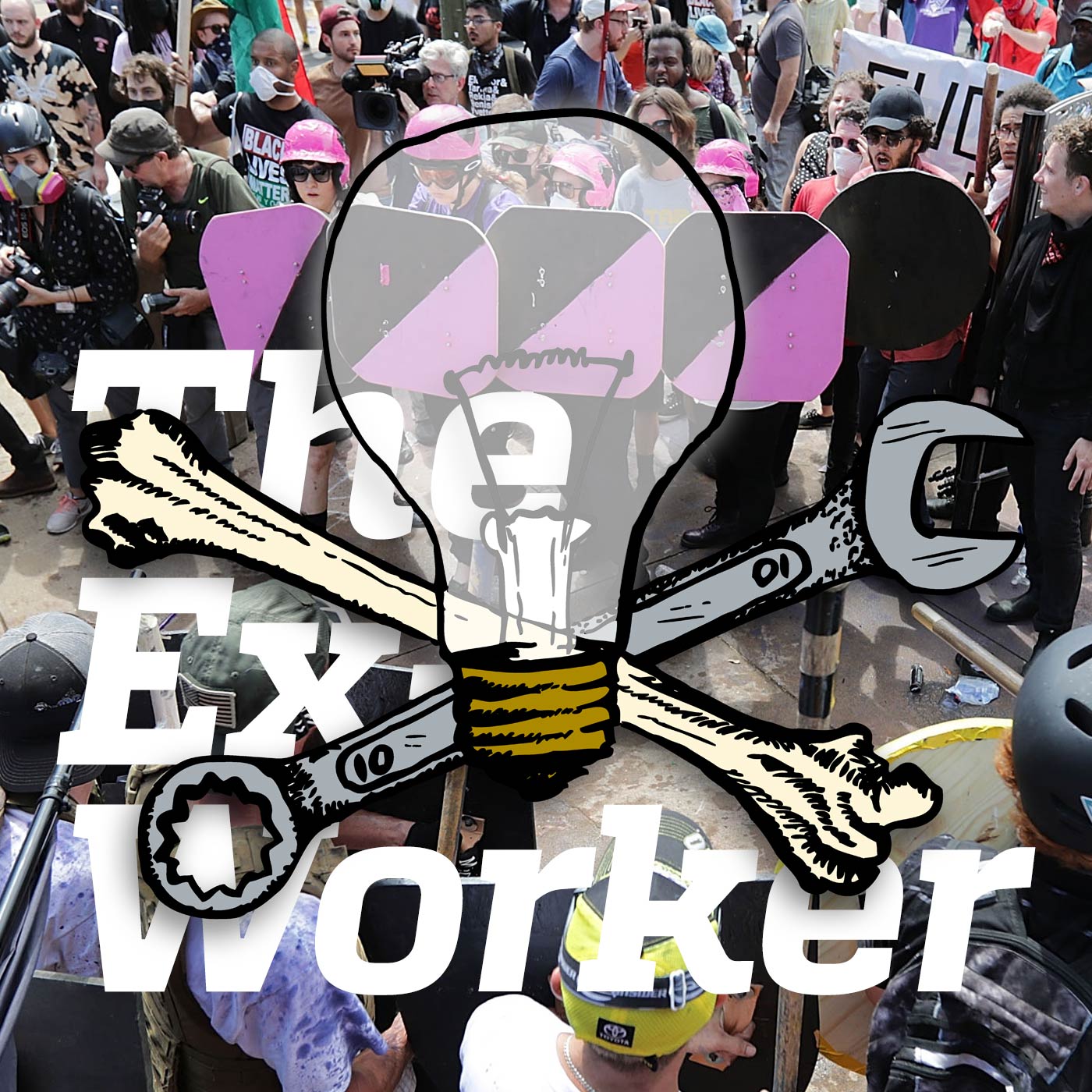 On August 12th, 2017, a massive alt-right and neo-Nazi rally took place in Charlottesville, Virginia. While a large counter-demonstration successfully confronted the fascists, one drove a car into a crowd of protestors, killing at least one and injuring many more. In this special report from the Ex-Worker, we hear the story of the Charlottesville demonstrations from anarchists who put their bodies on the line to stop fascism. This episode includes context and background to understand how the organizing took place, narratives from the streets, and reflections on lessons learned and the state of our struggles moving forward. We also share essays analyzing what we need to do to fight fascism, how the right wing built their murderous momentum, and what their war on protest tells us about the threat to their agenda posed by our resistance. We dedicate this episode to the memory of Heather Heyer, who died at the hands of a fascist this weekend, and to the commitment we share to fighting by any means necessary to ensure that this never happens again. {August 14, 2017}