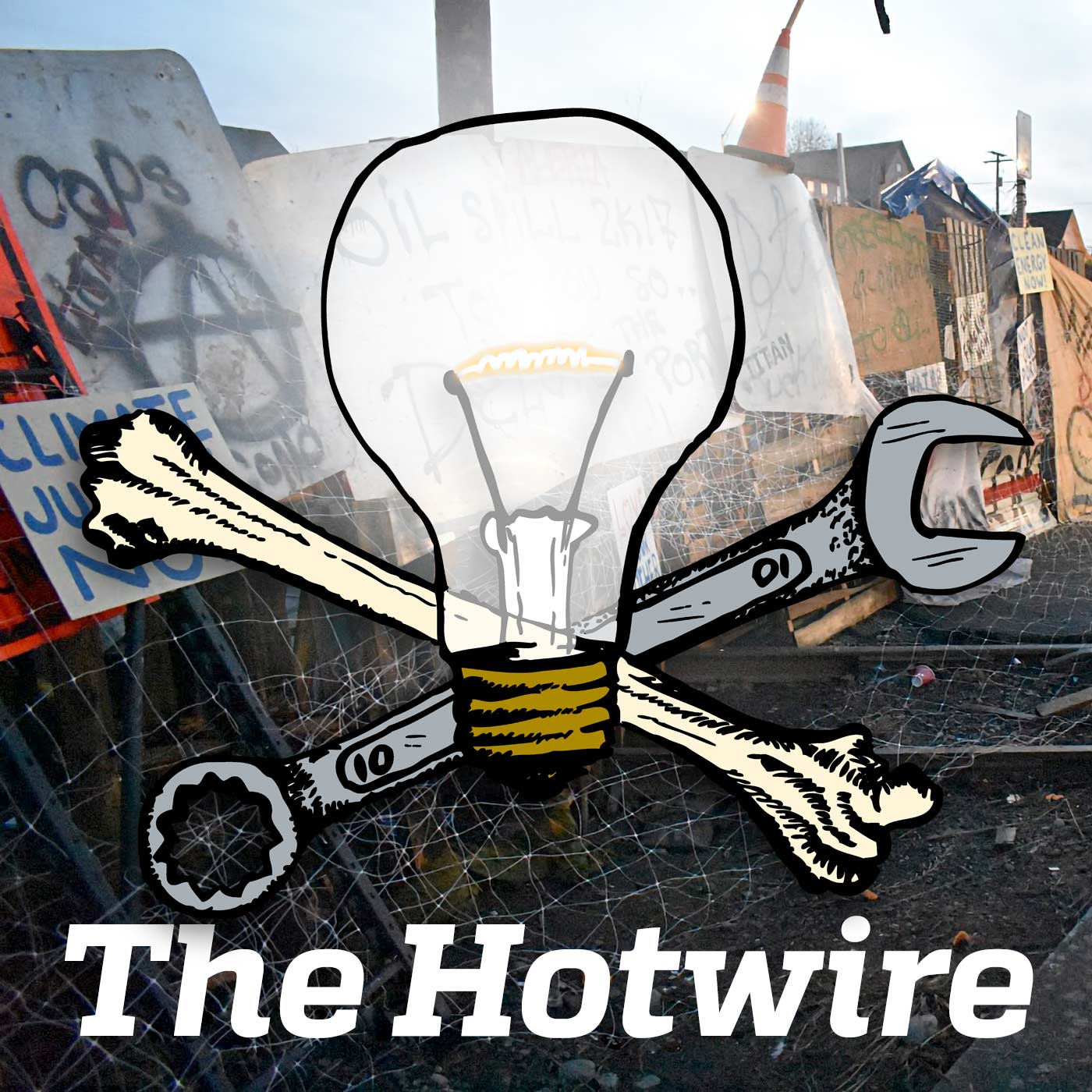 Listen to the Episode — 30 min

This week’s episode is packed with resistance news from across Turtle Island and beyond. Struggles led by water protectors against gas and oil infrastructure are happening, seemingly, everywhere. This past week, students have been busy, while prisoners have not. We have a brief update on the work stoppage and Holman Prison. We also have interviews with a comrade at the anti-fracking blockade in Olympia, WA, and with a J20 supporter about the trials that have just begun. Stay tuned until the end for CrimethInc.’s call for January 20, 2018: “Build the Base, Take the Initiative. A Call to Expand Our Capacity.”